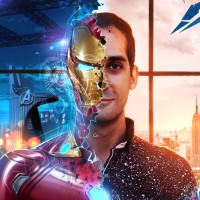 Ranked #1,093 out of 21,860 for Senior Research Engineer - Data Visualization and Machine Learning Tools in California

There's 94% chance that Marco Cavallo is seeking for new opportunities

Not the Marco Cavallo you were
looking for?

Based on our findings, Marco Cavallo is ...

Based on our findings, Marco Cavallo is ...

What company does Marco Cavallo work for?

What is Marco Cavallo's role at Apple?

What is Marco Cavallo's Phone Number?

What industry does Marco Cavallo work in?

AppleMarco Cavallo has spent a total of 9 months working in Research at various organizations, including at Apple where he was a Research Staff Engineer - Hybrid Reality, Visual Analytics, Unsupervised Learning. Based in New York City, Cavallo was in charge of developing interactive visualization systems to explore complex datasets and to improve the machine learning development life cycle. Cavallo alsoworked on computer graphics, data visualization and human-computer interaction for immersive displays. In his last five years at Apple, Cavallo was responsible for both the development of the frontend and backend of iOS platforms and the coordination of a small team of developers.

Marco Cavallo's educational Background: spanning a number of years, Marco Cavallo has had the opportunity to learn in several amazing environments, including at Telecom ParisTech and at the Politecnico di Milano. In addition to his college education, he has also completed a Master's degree in Computer Science and a Master of Engineering in Computer Engineering. examination results attained by Marco Cavallo during his undergraduate years reflect his excellent work readiness and expertise in the field of image processing. His undergraduate major in Image Processing at Telecom ParisTech earned him aourse grades of aggregates of 86/100 from his 4 classes, demonstrating his excellent skills in image analysis and processing.Offering a Master's degree in Computer Science at the University of Illinois at Chicago, Marco Cavallo not only possessed strong skills in the field of computer science, but moreover, his coursework also included a thorough understanding of mathematical algorithms and models, which were critical for his future work. By graduating from the University of Illinois at Chicago with a Master's degree in Computer Science, Marco Cavallo has put himself in a extremely strong position to pursue his career goals in the field of image processing.

Marco Cavallo has strong technical and interpersonal skills. Cavallo is a research engineer, who has worked on projects in the field of data visualization and machine learning. He is alsoidisciplinary, and able to work on projects that are both technical and human-centric. Cavallo is a graduate research assistant at the Electronic Visualization Laboratory at IBM Research, working on projects in computer graphics, data visualization, and human-computer interaction. He is also a member of the Intelligent Visual Analytics group at Apple, and a senior research engineer with the Data Visualization and Machine Learning Tools team at Apple in San Francisco Bay Area.

IT Auditor bij EY at EY

Platform Engineer at FinTech Yolt by ING at ING

Technical Support at Carbon at Carbon