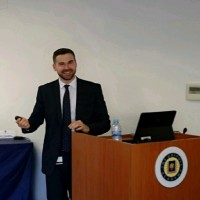 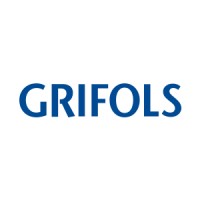 Not the Manuel Martinez you were
looking for?

What company does Manuel Martinez work for?

What is Manuel Martinez's role at GXP+?

What is Manuel Martinez's Phone Number?

What industry does Manuel Martinez work in?

Manuel Martinez’s educational background and work readiness are based on his past education and experiences. Manuel Martinez obtained his degree in Innovation for Entrepreneurs from the University of Maryland College Park in 2014. He then completed his studies at Iforline in Spain, where he obtained a Master in Calidad y Producción from January 2011 to January 2012. Manuel Martinez then joined Universidad Autónoma de Barcelona in January 1998 as a Graduate Assistant. There he completed his studies in Administration and Direction of Businesses and worked in Boards and Management companies until he achieved his current position as a Manager in a Company.

activo fabricante de sustancias farmacéuticas y personal de laboratorio en materia de reciclaje, agregación, separación, preparación, almacenamiento, Directions & Planning - Mesa, Españaresponsable de proceso de fabricación de sustancias farmacéuticas, personal de laboratorio, agregación, separación, preparación, almacenamientomanuel martinez is the current owner and CEO of Grifols. From October 2018 to January 2020, he was the External Supplier Audits Manager at Grifols. From May 2016 to September 2018, Manuel was employed as Formador at GXP+. In this position he also conducts internal and external GMP audits. Manuel started his career at Grifols in September 2005. From September 2001 to September 2005, he was Supervisor of Production. Manuel has a double degree in Food Engineering and pharmacy from the University of Alicante and a Masters in Productivity and Quality from the University of Sávila.

There's 90% chance that Manuel Martinez is seeking for new opportunities

Senior Estimator at Worley at Worley

An HR thought leader who leverages employee strengths to build high-performing teams and organizations with a blend of empathy, expertise, and a dash of eccentricity (AKA out-of-the-box thinking).