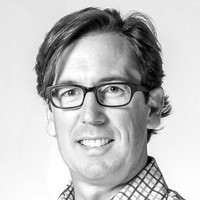 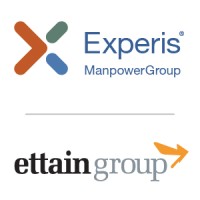 Not the Mac Lackey you were
looking for?

Based on our findings, Mac Lackey is ...

Based on our findings, Mac Lackey is ...

What company does Mac Lackey work for?

What is Mac Lackey's role at ISL Futbol?

What is Mac Lackey's Phone Number?

What industry does Mac Lackey work in?

Mac Lackey's work experience focused on Blockchain and Sports. He has been involved in both the development and management of a number of startups in the Blockchain space. most notably Exit DNA, which was acquired by Impossible Ventures in September 2017 for an undisclosed amount of money.Mac Lackey is an experienced mentor and investor, having mentored a number of startups in his field. his most recent seedInvestment is KYCK, which he founded in January 2011 and is currently the Managing Director. He also has experience as a Board Member at Lending Tree, where he was a Member from October 2008 to October 2014. Additionally, he was a Founder at Mountain Khakis from January 2003 to June 2013 and CEO at ettain group from August 2001 to March 2003.Mac Lackey is also a CEO at Internetsoccer.com (sold 2000) from June 1999 to July 2000 and SVP Consulting Services at iXL (Razorfish) from May 1998 to June 1999. He also has experience as CEO at InTouch Interactive (sold 1998) from April 1995 to May 1998 and Founder at Method90 from April 1995 to May 1998. He is also a President of ISL Futbol from February-June 2017.

Mac Lackey is a successful entrepreneur and entrepreneur with a wealth of experience in the software industry. Lackey started his career as a technical writer and then moved on to manage software development for startups. In his time as a technical writer, Lackey was behind the successful launch of several software products, including a blogging platform and a hunting and fishing app.Mac Lackey next moved into business, starting his own software development company. Lackey’s company, KYCK (later sold to NBC Sports), was successful in launching several successful products, including a blogging platform and an hunting and fishing app. Lackey also founded Mountain Khakis in 2010, serving as its CEO until October 2014. Lackey was also a Board of Directors at Lending Tree from October 2008 to October 2014, and CEO at American Operations at TeamTalk Media Group from July 2000 to August 2001. Lackey was also a Board of Directors at iXL from May 1998 to June 1999, and SVP Consulting Services at iXL from May 1998 to June 1999.Lackey also started ExitDNA in 2018, a company focused on helping businesses delete old data. Lackey is currently the Founder and CEO of ExitDNA. Lackey is passionate about Blockchain and sports, and has created several successful products around the topic. He has also been involved in several early-stage startups, and has helped to create a diverse portfolio of products.Mac Lackey has been cited as one of the most successful entrepreneurs in the tech industry. In 2018, he was named one of TIME’s “40 Under 40”, and he has also been named one of Forbes’ “30 Under 30” in both 2018 and 2019. Lackey is openly gay, and has been together with his husband, David, since 2018.

There's 70% chance that Mac Lackey is seeking for new opportunities

RECRUITER - For the STAFFING industry. Opportunities across the U.S. In the Top 5% for LinkedIn Recruiters for 2018 at Anderson Recruiting + Consulting, Inc.

Partner at Permira - Global Head of Business Services at Permira