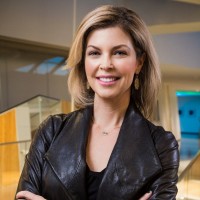 Not the Lori Wright you were
looking for?

Based on our findings, Lori Wright is ...

Strong sense of self
Methodical
Complex

Based on our findings, Lori Wright is ...

What company does Lori Wright work for?

What is Lori Wright's role at Microsoft?

What is Lori Wright's Phone Number?

What industry does Lori Wright work in?

Lori Wright has a background in business, specifically in the area of ecommerce. Wright worked as the Sr. Business Analyst at the Walt Disney Company from 1999 to 2001, where she helped develop and manage the company's ecommerce operations. She then worked at Symantec from 2007 to 2008 as the Director & Chief of Staff to the Chairman & CEO, John W. Thompson. Wright then acquired Vista Equity Partners and became the Chief Marketing Officer at BlueJeans Network from February 2016 to April 2017. In previous roles, Wright has held positions in the areas of gaming and office 365. Wright has also served on the Board of Directors at BowX Acquisition Corp. and as an advisor at Bow Capital.

Lori Wright has 4 years of experience in the computer game industry. She has been working for Microsoft for the past 2 years, where she is a Vice President of Gaming. Wright also has experience in the business world, having worked at Symantec for 3 years. Wright spent 1 year at Microsoft as an Analyst, before going to work for BlueJeans Network. There, she was the Vice President of Marketing for Office 365. Wright also has experience in the computer game industry, working for Microsoft as a Lead Business Development. In this position, she was responsible for developing collaborations between Microsoft and businesses. While at Microsoft, she was also a Senior Manager, Office 365. Finally, Wright is currently the Director at Board of Directors at Bow Acquisition Corp.As a result of her experience, Wright has a strong understanding of the gaming industry and how it works. She also has experience in business and marketing, which helps her in her current position. Wright is also very good at communication and is able to work well with other people.

Ranked #973 out of 19,460 for Corporate Vice President, Gaming in California

There's 95% chance that Lori Wright is seeking for new opportunities

Currently looking for my next opportunity, open to full time or contract roles at Investigating Options at Medtronic

I HELP DOCTORS, LAWYERS, & ACCREDITED INVESTORS FIND DEALS & FUNDING TO START AND/OR GROW THEIR BUSINESSES Text or Call, Lets Get to Work. (727) 351-2804

"The Assiduous Closer™" of High Ticket Sales | Services at Vaiberr