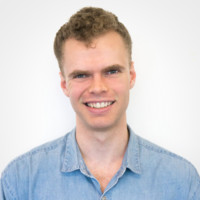 Not the Leland Clemmons you were
looking for?

Based on our findings, Leland Clemmons is ...

Based on our findings, Leland Clemmons is ...

What company does Leland Clemmons work for?

What is Leland Clemmons's role at Point Loma Nazarene University?

What is Leland Clemmons's Phone Number?

What industry does Leland Clemmons work in?

Leland Clemmons's Work experiences:Technical Lead at Something Digital. Technical Lead for frontend developers across a variety of clients, ranging from $10m to $58b. OVERSEE development and process for up to 12 developers. CONTRIBUTE js development at a senior level. A/V technician for campus events.

Leland Clemmons has 10 years of experience as a front end web developer and lecturer. They have been working as a technical lead at Something Digital for 2 years, where they haveCompletely built front end websites for a variety of clients in a variety of industries. In their previous work, they have used most of the technologies that Leland Clemmons is currently using, as well as a few that they haven't used before. In their most recent project, they were working on a project for Point Loma Nazarene University, where they were a junior front end web developer.

There's 92% chance that Leland Clemmons is seeking for new opportunities