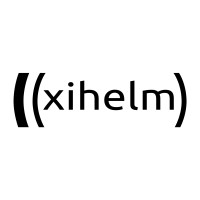 There's 73% chance that Konstantinos Faliagkas is seeking for new opportunities

Not the Konstantinos Faliagkas you were
looking for?

Based on our findings, Konstantinos Faliagkas is ...

Based on our findings, Konstantinos Faliagkas is ...

What company does Konstantinos Faliagkas work for?

What is Konstantinos Faliagkas's Phone Number?

What industry does Konstantinos Faliagkas work in?

Konstantinos Faliagkas has worked in the software engineering field since he was a junior software engineer at Xihelm. He Pumped out a brand new software development kit for a game console in 2015, which was critical success. He has also worked on a number of systems with Cadence Design Systems Ltd. In his third year with Cadence, he joined the team that developed the PlayStation software. working on projects such as firmware, graphics, user interface and multiplayer. He later left the company to become a software engineer at Sony Interactive Entertainment America. there he developed new software for the PlayStation 4 and the PS Vita. He left Sony Interactive Entertainment America in 2018 after over 10 years with the company. From there he started WealthyhoodIndustry of Computer Software, Inc. as a Co-Founder.

We provide the best in breed gun detection system at Scylla

Owner/President at Staff4Success - Providing customized solutions to the staffing industry

Technology, Strategy and Operations Leader | Board Member & Advisor at ImpediMed

W E L L T H Advisor ✸ the wellness coach for financial folks ✸ What is your "Wellth Score?" (link in bio) ◐ A financial plan without a wellness plan is only half a plan for retirement.