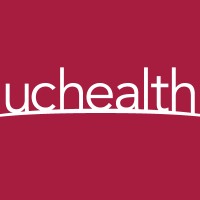 University of Colorado at Denver

There's 70% chance that Kevin Unger is seeking for new opportunities

Not the Kevin Unger you were
looking for?

Based on our findings, Kevin Unger is ...

Based on our findings, Kevin Unger is ...

What company does Kevin Unger work for?

What is Kevin Unger's role at Poudre Valley Hospital/Medical Center of the Rockies?

What is Kevin Unger's Phone Number?

What industry does Kevin Unger work in?

Kevin Unger's educational background and work readiness is based on his experience as a business and health administrator, as well as his doctor of philosophy degree from Colorado State University.Kevin Unger has been working as a business and health administrator for the past two decades. His experience includes working as the president of a health care company and as the owner and operator of a small business. He has also worked as a consultant with a variety of companies in the health industry.Kevin Unger is confident in his work readiness and is able to effectively manage and interact with his clients. He has a strong ability to communicate with different groups, and he is able to take direction from his clients effectively. Unger is also able to work independently and are able to give his own feedback to himself to ensure that he is still meeting his goals.

Head of Recruitment Operations at Priceline

We have been providing Tech Solutions for businesses in UAE since 1999, we can help in the following areas: IT, Home Automation & Digital Signage… at DataLine Tech