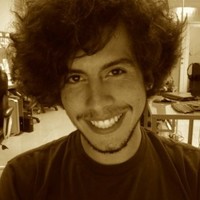 There's 85% chance that Kelvin Bonilla is seeking for new opportunities

Not the Kelvin Bonilla you were
looking for?

Based on our findings, Kelvin Bonilla is ...

Based on our findings, Kelvin Bonilla is ...

What company does Kelvin Bonilla work for?

What is Kelvin Bonilla's role at Ramen VR?

What is Kelvin Bonilla's Phone Number?

What industry does Kelvin Bonilla work in?

Kelvin BonillaEducation Background:Kelvin Bonilla's educational background has included stints at Full Sail University where he earned a B.S. in Game Development in 2007 and at Benito Cerezo Vazquez where he studied at the feet of champions such as Eduardo Listin and Eduardo Perez. Bonilla has experience with various game engines, such as Unity and Unreal Engine, and is a self-starter with a propensity for taking on new projects.Bonilla's experience with game engines gives him the tools and knowledge necessary to start and get started in any game development project. He is highly soluble with new cultures and is able to assimilate into any environment quickly. Bonilla is also highly mobile, being able to work on projects from anywhere in the world.

Kelvin Bonilla's professional, technical, and interpersonal skills include:- bullshit detector- organizational skills- ability to work under pressure- problem-solving skills- problem-solving mindset- excellent communication and collaboration skillsBonilla has experience working in the software engineering field, where he was a software engineer at Ramen VR. He has also worked at Amazon Web Services, where he was the automating GitHub submission of release packages using Python, Apache Ant, and AWS. He has also worked in the Lumberyard software development team at Amazon Web Services. Bonilla is also a member of the game development team at Digital Munch, where he wrote design documents to lay out the overall design of the game. He also wrote technical documents describing game programming modules and mechanics, and managed code, source control, asset, and deadline management for primary projects. Bonilla is also a project lead at Black Hole Studios, where he designed team dynamics while scheduling milestones with Microsoft Project. He also implemented object-oriented game interface (HUD and Menus) via XML scripting and C++ parsing. Bonilla also created and managed game states with Stacked State Machine data structures. Bonilla is also a co-founder and engineer at Rokai Labs, where he is developing custom C# binary-format map scheme for virtual tour data. He also integrates web applications into Android, wrapped around native backend calls via Xamarin. Bonilla also participates in undergraduate research at Full Sail University, where he does research that regulates security and protection of high-end Test PC's.

Director of Regulatory Affairs at Stryker at Stryker