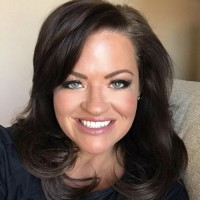 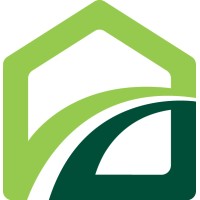 Fairway Independent Mortgage of the Carolinas 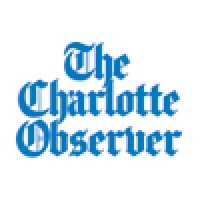 Not the Kelly Yale you were
looking for?

Based on our findings, Kelly Yale is ...

Inclusive
Strong sense of self
Straightforward

Based on our findings, Kelly Yale is ...

What company does Kelly Yale work for?

What is Kelly Yale's role at Motivator CRM?

What is Kelly Yale's Phone Number?

What industry does Kelly Yale work in?

Kelly Yale's most recent work experience at Intent Homebuying Marketing Intelligence, which she founded in 2014. At Intent, she is co-founder and CEO with her husband, Greg Yale. This experience is in Charge of all Marketing aspects of the company. As of January 2019, Kelly Yale was responsible for all aspects of social media, customer service, email marketing, lead generation, and data entry for Intent. Prior to that, she was Regional Director of Marketing at Fairway Independent Mortgage of the Carolinas from April 2012 to January 2019. At Fairway, she was responsible for all aspects of the sales and marketing process. Before that, she was also a Freelance Writer at The Charlotte Observer from January 2007 to January 2008.Kelly Yale also had previous experience working in the marketing field as a Freelance Writer at The Charlotte Parent Magazine. From January 2007 to July 2010, she wrote for the publication. Kelly Yale also had previous experience working in the digital marketing field as a Digital Marketing Manager and Founder at paper blossom marketing from January 2009 to December 2012. From January 2009 to December 2012, she was also the Owner & Creator of Modern Parent Online.Kelly Yale is currently a Founder at Intent Homebuying Marketing Intelligence and between January 2014 and January 2021 she was also Founder/CEO and Social Media Editor-at-Large at Modern Parent Online.

Kelly Yale earned a B.A. in Marketing from the University of South Carolina in 2006. After college, Yale worked as a marketing professional for several years, spending her time mainly in the United States but also visiting several countries. In this time, she developed a deep understanding of the American marketing market and its various components.After a few years of networking and experience in the advertising and marketing industry, Yale began her own business in 2014 as a Founder at Intent Homebuying Marketing Intelligence. In her role as Founder, she oversees a team of marketing professionals who help customers buy and/or rent homes through Intent.As of January 2019, Yale is also the Founder/Owner of Motivator CRM, which she founded in January 2011.Kelly Yale's professional, technical, and interpersonal skills are characterized by her deep understanding of the marketing industry and its various components, as well as her passionate pursuit of customer experience. She is highly skilled in creating and Implementing marketing campaigns, leading customer interactions, and maintaining relationships with her customers. Yale is also highly skilled in developing and implementing email marketing campaigns, managing social media accounts, and writing marketing missives.Outside of her work as Founder of Intent Homebuying Marketing Intelligence and Motivator CRM, Yale has been inactive as a writer and social media moderator. She currently employs herself as a Freelance Writer at The Charlotte Observer from January 2007 to January 2008, and as a Website Administrator at FabMoms.com from January 2007 to October 2010.Additionally, Kelly Yale has written for various online publications, including MomsLikeMe Magazine and 18HourChrist.com.With her vast professional and technical experience, Kelly Yale is an ideal candidate for many different entrepreneurial positions. She is highly motivated, creative, and - most importantly - patient. She has a strong commitment to her personal and professional goals, and is continually searching for new ways to improve her skills and knowledge.

There's 79% chance that Kelly Yale is seeking for new opportunities

Director of Talent Acquisition at LendingClub

CEO at GSoft, ShareGate and Officevibe at GSoft