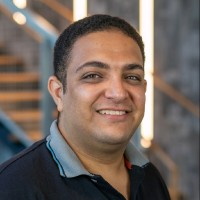 Institute of Computer and Management

Not the Kareem Said you were
looking for?

Based on our findings, Kareem Said is ...

Based on our findings, Kareem Said is ...

What company does Kareem Said work for?

What is Kareem Said's role at Info Tech, Inc.?

What is Kareem Said's Phone Number?

What industry does Kareem Said work in?

Kareem Said has worked in a number of industries, including software development, management, and customer service. In his most recent role, he was a Senior Software Developer at Info Tech, Inc. where he was responsible for designing, Developing, and Implementation of a workflow engine and back-end modules, as well as Integration of reports using Telerik and Active Directory using Idap. He also managed and executed unit tests to bias code using the X-Unite Framework and Moq. Kareem Said has also worked as a Senior .NET Developer at King Faisal University from December 2015 to October 2018 (2 years 11 months) in Saudi Arabia, where he was responsible for designing, developing, and implementing data access layers, as well as supporting day-to-day project operations and providing dedicated project management. He has also worked as a Junior .NET Developer at Proline from August 2010 to November 2011 (1 year 4 months) in Cairo, where he was responsible for Requirements analysis, Determination deadline, and Delivery and follow-up customers. Kareem Said has also held a number of other positions at EgyBlanco, ITSahre, BUSINESS SYSTEM ENGINEERING, and Pure.

There's 100% chance that Kareem Said is seeking for new opportunities

Back end developer at Brillio

Software Engineer at Apple at 7INFORMATICS