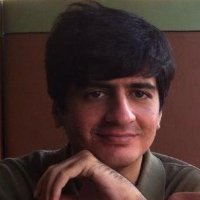 Master of Science (M.S.), Computer Science @ Columbia University in the City of New York From

Looking for a different Karan Kaul?