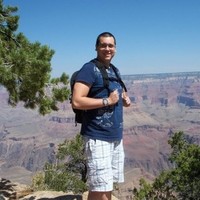 Not the Justin Demers you were
looking for?

Based on our findings, Justin Demers is ...

Based on our findings, Justin Demers is ...

What company does Justin Demers work for?

What is Justin Demers's role at YMCA?

What is Justin Demers's Phone Number?

What industry does Justin Demers work in?

Justin Demers is currently a Software Engineer at Champion Medical Technologies, where he has been working since January 2015. At Champion Medical Technologies,Justin is responsible for developing and maintaining software development applications. In his previous roles, Justin has worked on projects such as automation installation and promotion, reconciliation reporting, and 1099 tax reporting. In his spare time, Justin enjoys playing the violin and spending time with his wife and two children.

There's 100% chance that Justin Demers is seeking for new opportunities