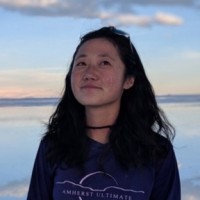 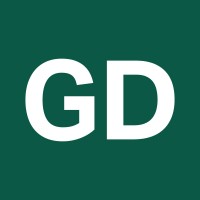 Budapest University of Technology and Economics

Not the Julie Xia you were
looking for?

Based on our findings, Julie Xia is ...

Based on our findings, Julie Xia is ...

What company does Julie Xia work for?

What is Julie Xia's role at GiveDirectly?

What is Julie Xia's Phone Number?

What industry does Julie Xia work in?

Overall, Julie Xia has shadowed several college campuses and worked with diverse populations. From oval office meetings to interacting with prospective students, Julie Xia has gained valuable experience that she can use to help other students achieve their goals.

Julie Xia is a graduate of the Computer Science program at Amherst College, where she earned her B.A. in 2013. Julie then completed her computer science degree at the Budapest University of Technology and Economics, earning her B.S. in 2015.Julie Xia's work readiness for computer science is excellent. Julie is extremely motivated by her work, and her Semmelweis process is regularly invoked during her Infinite Hours programming project. She is able to develop and communicate her ideas effectively, both orally and in writing. Julie also has excellent problem-solving skills.

Julie Xia's professional experience.Julie Xia has worked as a software engineer at Google since 2016. She is currently a Diversity Intern at Amherst College Admissions Office, where she Connects with prospective students from traditionally underrepresented racial, ethnic, and socioeconomic backgrounds as a representative of these groups in the current student body. She organized programming and student housing for two prospective student Diversity Open House Weekends each year as well as Admitted Students Weekend in the spring. She also wrote and implemented a blocking RPC service to be used for smaller report downloads in order to bypass multiple asynchronous calls that were slowing down report generation (while mimicking the old user experience in the UI so there would be no confusion on the user end).Julie Xia was a research intern at Parallel Computing Institute in May 2015- August 2015. She designed and wrote programs in CUDA C for the parallelization of existing sequential molecular dynamics trajectory analysis methods. She attended a parallel programming “bootcamp” where she became familiar with various parallelization languages including CUDA C, MPI, OpenMP, and POSIX Threads. She ultimately focused her work on developing a Query Engine that allows users to understand the details of their builds through a command line interface and a series of query functions.

There's 86% chance that Julie Xia is seeking for new opportunities

Director at IBM at IBM

IT Security Professional, CISSP at Accenture