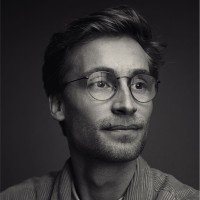 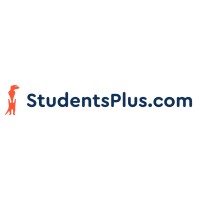 Not the Jouri Schoemaker you were
looking for?

What company does Jouri Schoemaker work for?

What is Jouri Schoemaker's role at Pieter Pot?

What is Jouri Schoemaker's Phone Number?

What industry does Jouri Schoemaker work in?

Jouri Schoemaker is skilled in Social Media, Ondernemerschap, Strategie, Elevator Pitch, Management, Entrepreneurship, Strategy. She has worked as a speaker, pitch trainer, and business developer. She previously worked at NK Trefbal from October 2015 to June 2017, as a speaker at TEDxDelft from February 2016 to February 2016, as a startup mentor at Google from October 2015 to October 2015, and as a business developer at Mijnsidekiq from January 2015 to May 2015. She also worked as a managing director at StuD Studentenuitzendbureau Delft B.V. from August 2012 to August 2013, as an acquisition manager at S.V.T.V. Tenniphil from January 2012 to July 2012, and as a freelancer at StudentsPlus Bijlessen from December 2010 to June 2011. Schoeker is also a co-founder of Shake-on from March 2017 to September 2019.

Jouri Schoemaker's education has equipped her with the skills and knowledge necessary to be a successful professional architect.Her Master's degree in Strategic Design from Delft University of Technology taught her how to design and plan DESIGN projects. This experience gave her the ability to see the organisational and functional aspects of buildings and to think about how to make them more efficient and lovely.Her Master's degree in Architecture from Delft University of Technology was focused on the study of housebuilding. She developed her skills in both design and construction, and learned how to create environmentally sustainable buildings.She is currently a Propedeuse Architect at Delft University of Technology, where she works on projects focusing on the environment, art and architecture. Her recent projects have focused on the redesign of a high school in the Netherlands, as well as a wine cellars in France.Schoemaker has experience working in both the public and the private sector. She has worked as a designer for many large companies, including Delft University of Technology, Audi AG, and VWO. Schoemaker is currently working as a consultant for a new architecture school in the Netherlands.Schoemaker is highly pleased with her education and is excited to start her own architectural career. Sheinksen has taught her many valuable skills that she will use in her new career. Schoemaker is a confident and ambitious individual, and she is looking forward to starting her own career as an architect.

Born in Rotterdam, Netherlands, Jouri Schoemaker spent her early childhood near the city's ringed harbor. She loved the sea and was constantly exploring the city and its surroundings. After attending the University of Amsterdam, she graduated with a B.A. in Marketing in 2001. She then worked as a sales representative for four years before starting her own business, which she started up in 2003. From 2005 to 2007, she worked as a business development manager for an insurance company. From 2007 to 2009, she was CEO of a start-up that manufactured an artificial intelligence software development company. From 2009 to 2011, she was the CEO of a consultancy. From 2011 to 2016, she was the CEO of a health informatics company. From 2016 to 2019, she is the CEO of Pieter Pot, a business development and expansion consultancy. She has two graduate degrees, one in Marketing and Business Development and one in Business Analysis and Financial Management.

There's 79% chance that Jouri Schoemaker is seeking for new opportunities

Sr. Engineering Recruiter at Experis™ ManpowerGroup for Ohio and Western PA at Experis

Communications and Marketing Manager at Pulitzer Center on Crisis Reporting