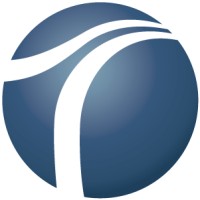 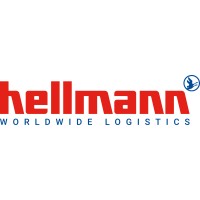 Not the Josther Martins you were
looking for?

What company does Josther Martins work for?

What industry does Josther Martins work in?

Josther Martins' educational background and work readiness are very varied. He has worked in the information storage and management (ISM) industry for 4 years at EMC Academic Alliance Education and then for 4 years at Dell EMC. He has also filled the role of MBA – Data Center Services - Storages - Cloud and Big Data at Universidade Paulista, where he has been working since January 2013. He is currently a candidate for the Tecnologia de Redes at IBTA Instituto de Tecnologia.Martins is very experienced and has many years of experience in the data center services and cloud industries. He is able to see the big picture and understand the complexities of these fields. He is also very proactive and able to take initiatives to improve the performance of his teams.He is very relaxable and enjoy working in a team. He is also very comfortable with using technology, and finds working with computers to be very work-friendly.martins

Josther Martins holds a B.S. in Information Technology and a M.S. in Administration. Martins has over fifteen years of experience in the technology industry, with a focus onSOA, global information technology, and administration. He has also worked in the HR field, working as a Human Resources Staffing Coordinator at Colégio Notarial do Brasil - SEÇÃO SÃO PAULO from February 2014 to September 2014 and as a HR Staffing Coordinator at Simon & Partners (Group) from February 2014 to September 2014.Martins is currently a Managing Partner at S&P GLOBAL WEALTH, where he is responsible for the development and implementation of technology solutions for his clients' businesses. He also leads the company's business development and technical operations. In his previous roles, Martins has expertise in SOA (Arquitetura voltada para serviços), Liderança de equipe multifuncional, Gestão de projetos, Hyper-V, Sales and Marketing, Microsoft, MCSE 2003, Tecnologia de Redes, Segurança da informação, MCSA Security, Segurança em Redes, Administração de redes, ITIL v3, and Voz sobre IP.Martins is a Certified Independent Professional in Hyper-V, Sales and Marketing, Operating Systems, and ITIL v3.

There's 72% chance that Josther Martins is seeking for new opportunities

Editor in Chief at Digiday at Adweek

Director at B2 Claim Systems

SCCM Packaging and Vulnerability Remediation at CapitalOne at Capital One

Increase in sales and profits | Reduction of non-quality costs at INSIEME.link