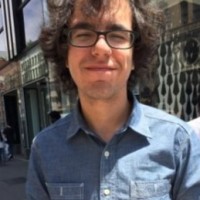 There's 92% chance that Jorge Lugo is seeking for new opportunities

Not the Jorge Lugo you were
looking for?

Based on our findings, Jorge Lugo is ...

Based on our findings, Jorge Lugo is ...

What company does Jorge Lugo work for?

What is Jorge Lugo's role at Google?

What is Jorge Lugo's Phone Number?

What industry does Jorge Lugo work in?

Most recent:Jorge Lugo is currently a Software Engineer at Lyft, where he is working on an email app. He also spent one year at Google as a Staff Software Engineer, where he managed software development teams responsible for developing email apps for different platforms.In his previous positions, Jorge H. Lugo concentrated on developing front-end and backend technologies for web and mobile apps. Additionally, he has experience working in computer science labs and has served as a community action Intern at Princeton University.

Jorge Lugo has a degree in Computer Science from Princeton University. After studying at Beijing Normal University, Jorge Lugo received a Certificate in Chinese from that institution in 2009. Jorge Lugo has worked as an engineer at a company in Beijing since 2012. Jorge Lugo is literate in both English and Spanish.

Raising the bar in autism therapy at Mosaic Pediatric Therapy

BLOCK PARTY | Full-time hustler looking for the next big thing in tech. at Block Party.

Co-founder of Relive at Relive.cc

Head of HR, EMEA at Physio Control, Inc at IHS