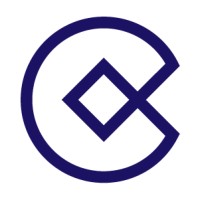 Not the Jonathan Cherki you were
looking for?

Based on our findings, Jonathan Cherki is ...

Based on our findings, Jonathan Cherki is ...

What company does Jonathan Cherki work for?

What is Jonathan Cherki's role at Contentsquare?

Jonathan Cherki is Founder and CEO

What is Jonathan Cherki's Phone Number?

What industry does Jonathan Cherki work in?

Since the launch of Contentsquare in 2009, Jonathan has been responsible for developing or working on all aspects of the company, from product strategy to strategy and marketing. His experience spans all aspects of digital marketing, from user experience to data analysis. He has also held a number of key leadership positions at Brave New Ventures, including VP of Product and Innovation, and VP of Product. Jonathan also has a background in web design and has constructed many high-quality websites.Most recently, Jonathan was tasked with creating a user experience strategy for a new product, which includes the design, development, and beta testing of the product. He also played a major role in turning Contentsquare into an essential experience for the majority of customers.

There's 72% chance that Jonathan Cherki is seeking for new opportunities

Head of Dentistry at Walmart U.S. at DSO Strategy, LLC

Leading an Incredible Team of Search Marketers at Directive