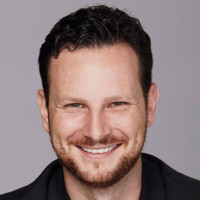 Not the Jon Felske you were
looking for?

Based on our findings, Jon Felske is ...

Based on our findings, Jon Felske is ...

What company does Jon Felske work for?

What is Jon Felske's role at Meta?

What is Jon Felske's Phone Number?

What industry does Jon Felske work in?

Jon Felske currently attends Carleton University with a degree in Information technology. He worked at Algonquin College of Applied Arts and Technology from 2003-2006 before moving to Carleton University. His education hasgiven him the ability to work in a variety of different positions both on and off campus.Felske has worked in a variety of sectors and industries since leaving school. He has currently worked as a Networking Technician for the Canadian Armed Forces in connection with their internet usage and security functions. He also has experience with additional positions in the private and public sectors.He is licensed to work in Canada and is currently seekingemployment in the Canadian Armed Forces. Felske is also interested in furthering his education and taking other courses in order to improve his career prospects.

As an Engineering Manager at Facebook Jon Felske has multiple years of experience working in the engineering field. As a CTO at Auvenir from January 2015 to March 2017, Jon was responsible for overseeing all aspects of product development at Deloitte, including developing software for the company’s corporate venturing portfolio. Additionally, Jon was also a co-founder of Jera Group, which is a digital products firm. In January 2013, Jon joined the team at Jera Group in Ottawa, Canada as a software engineer. There, he worked on a variety of products, including avaya onex mobile sip client and one x communicator macos. In December 2010, Jon joined Avaya, where he was the main developer on a REST messaging service that is being integrated into all of the clients in Avaya’s communication suite. Additionally, Jon was also responsible for developing a SIP client that interfaced with the company’s suite of servers. Jon has also held various technical positions at Nortel, most notably as a software engineer working on developing MPC, a product that dynamically assigns user DNs (directory numbers) to mobile phones. Additionally, Jon has held several cameo positions in various projects, including working with alarms and alerts tracking, VoIP and web applications.Jon’s previous positions have included working within technology and engineering at Nortel, where he held a variety of technical positions over the years. In 2006, Jon began work at Advance Solutions R&D at Nortel, where he helped to develop new products and technologies. There, Jon maintained his contact status with clients, participated in product demos, and maintained his education and other work responsibilities. In 2007, Jon transferred to Global Services’ Advance Solutions Group and focused on developing a product called MPC. MPC is a virtual demo for Interactive TV that was used for Nortel and customer senior executive demos. Jon continues to work for Geographic Solutions as a contributing technical contributor andENSlaver from September 2000 to 2006. During his tenure with the company, Jon maintained a client base and continued his education.

There's 94% chance that Jon Felske is seeking for new opportunities

Sr Manager at LifeScan at Lifscan

CTO at RTL Nederland at RTL