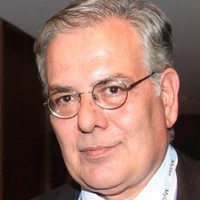 Annual International Conference of the A.P.P.A.C.

Association of Psychology and Psychiatry for Adults and Children (APPAC)

Not the John Kouros you were
looking for?

What company does John Kouros work for?

What is John Kouros's Phone Number?

What industry does John Kouros work in?

John Kouros is a psychiatric Physiologist with over 10 years experience working with perinatal and pediatric patients. Kouros is also Board-certified in Pediatrics and Pediatrics Board Certified in Neonatology. Kouros has worked with a variety of pediatric and perinatal patients, including but not limited to neonates with special needs, preterm infants, babies and toddlers, and young children. Kouros has also worked in gynecology, obstetrics, and emergency care. Kouros has experience in the field of mental health care and has been involved in many clinical trials related to mental health. In his spare time, Kouros loves to cook, play video games, read, and watch TV.

John Kouros has experience in the field of psychiatry, mental health care, family therapy, stress management, psychological testing, mental health counseling, post traumatic stress, and child psychiatry. Kouros hasauthored and published two books on stress management and post traumatic stress. Kouros was also the President and Scientific Director of The Association of Psychology and Psychiatry for Adults and Children(APPAC) from 1997-2007. Kourosauthored, published, and edited an annual international conference on stress management and post traumatic stress. Kouros is also a Visiting Psychiatrist at the Psychiatric Clinic Lyrakou, located in Melissia, Greece. Kouros has a Bachelor's degree in health science from the University of Athens. Kouros has been working in the field of psychiatry for over twenty years.

There's 92% chance that John Kouros is seeking for new opportunities

Chief Revenue Officer | Driven by the desire to make a significant positive impact at CounterPath, an Alianza Company

Computer Scientist at Adobe at Adobe