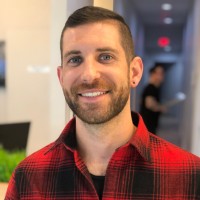 Ranked #213 out of 4,261 for Senior Label Relations Manager - Dance and Electronic Lead in Washington

There's 90% chance that John Farrey is seeking for new opportunities

Not the John Farrey you were
looking for?

Based on our findings, John Farrey is ...

Based on our findings, John Farrey is ...

What company does John Farrey work for?

What is John Farrey's role at Amazon Music?

What is John Farrey's Phone Number?

What industry does John Farrey work in?

Senior Label Relations Manager - Dance and Electronic Lead @ Amazon Music From March 2022 to Present Membership & Project Manager @ The Recording Academy From March 2014 to March 2017 Talent Buyer @ Rock 'n' Roll Marathon Series From August 2014 to June 2016 Co-Founder @ Pop Sells Artist Management From January 2014 to March 2015 Advancer @ One Reel From June 2013 to September 2013 Production Manager @ WVUM 90.5 FM From May 2011 to May 2012 Disc Jockey @ WVUM From February 2009 to May 2012 Administrative Assistant @ Onto Entertainment From June 2011 to November 2011 Merchandise Manager @ Capitol Hill Block Party From July 2011 to July 2011 Youth Marketing and Audience Engagement Intern @ The Cleveland Orchestra From January 2009 to May 2009

IT Specialist at IBM at IBM

IT Security; CISSP at RSA, The Security Division of EMC.

Vice President of Regulatory and Quality at AliveCor Inc.