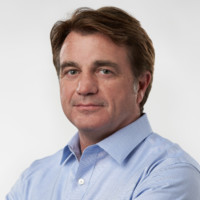 Not the John Fanelli you were
looking for?

Based on our findings, John Fanelli is ...

Based on our findings, John Fanelli is ...

What company does John Fanelli work for?

What is John Fanelli's role at NVIDIA?

What is John Fanelli's Phone Number?

What industry does John Fanelli work in?

John Fanelli has over 10 years of experience working in the hardware industry, which includes experience as aVP, Product at NVIDIA, Sr. Software Engineer at Harris Computer Systems Division, VP, Product nVidia GRID at NVIDIA, VP Marketing at DataTorrent, Inc., VP, International Product Management at Citrix, Vice President, Marketing at Left Hand Networks, and VP, Solutions and Community Marketing at Citrix. He is also a veteran of the software industry,having worked at Sun Microsystems and Wind River Systems. Fanelli has a Master's degree in Marketing from the University of California at Davis.

There's 91% chance that John Fanelli is seeking for new opportunities

WE ARE HIRING in our Concord, CA office for a Sr. Electrical Engineer (PE a must) at Anvil Corporation

Connecting talented Clinical Research professionals with great opportunities! Ask me about my current openings. at Joulé

Member of the Expert Panel of the EUBOF, Board Director, Author, Lawyer.