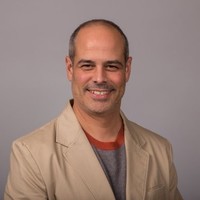 Director of Sales, New England and Canada at Riverbed Aternity

Not the John Camara you were
looking for?

Based on our findings, John Camara is ...

Based on our findings, John Camara is ...

What company does John Camara work for?

What is John Camara's role at Riverbed Technology?

John Camara is Director of Sales, New England and Canada

What is John Camara's Phone Number?

What industry does John Camara work in?

Ranked #155 out of 3,104 for Director of Sales, New England and Canada in Massachusetts

There's 93% chance that John Camara is seeking for new opportunities

(M.B.A.) at University of the Incarnate Word at 9Round Fitness

Manager of Diversity and Inclusion at Boston University School of Medicine, Division of Graduate Medical Sciences at Massachusetts General Hospital

Senior Recruiter at Slack at Slack

Head of Performance Marketing at Duolingo

Director of Enterprise Sales at Sprinklr