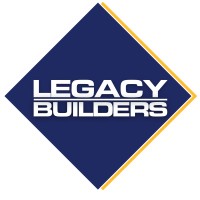 Not the John Bennardo you were
looking for?

Based on our findings, John Bennardo is ...

Based on our findings, John Bennardo is ...

What company does John Bennardo work for?

What is John Bennardo's role at Legacy Builders?

What is John Bennardo's Phone Number?

What industry does John Bennardo work in?

John Bennardo has been with Legacy Builders| Developers Corp for over 7 years. As President | CEO, John Bennardo is responsible for the day-to-day operations of Legacy Builders| Developers Corp. In this role, John oversees the Company's employees and customers, as well as its development activities. He also directs Legacy Builders| Developers Corp's externally directed projects. As President | CEO, John has lead the Company to success in many areas, including creating and expanding its development clout across New York City; developing aggressive growth strategies; maintaining a positive public relations posture; and increasing revenues and profits. John Bennardo holds a B.S. in Business Administration from the New School in New York City and a M.I.T. in Business Administration from the Massachusetts Institute of Technology.

There's 76% chance that John Bennardo is seeking for new opportunities

NLP at Be Balanced Wellness

CEO at TOOTRiS at AbacusNext

I focus on providing solutions to the multiple needs of the industries of different branches.

He who wants to succeed should learn how to fight, to strive and to suffer. You can acquire a lot in life, if you are prepared to give up a lot to get it.” Bruce Lee

CEO, co-founder at Faception at SOSA

Click "FOLLOW" to learn more | Chairman Of The Board at Boracay Beach | President of Akamai Holdings Inc.