CEO at BlueSpace.ai - Join us to power the future of urban mobility! 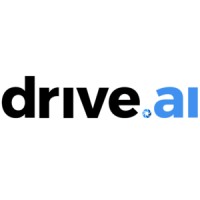 Not the Joel Pazhayampallil you were
looking for?

Based on our findings, Joel Pazhayampallil is ...

Based on our findings, Joel Pazhayampallil is ...

What company does Joel Pazhayampallil work for?

What is Joel Pazhayampallil's Phone Number?

What industry does Joel Pazhayampallil work in?

When searching for a new challenge, Joel felt that being a CEO at BlueSpace.ai was the perfect opportunity. BlueSpace.ai is a startup that produces software that helps drivers and automakers connect with one another in order to create a more connected city. Joel had previous experience with both the software and hardware divisions of the company. He also had the opportunity to work with BlueSpace.ai's mapping and localization team as a research intern in 2014 and as a firmware engineer in 2015. This team worked on a number of BlueSpace.ai's self-driving car platforms. Joel also founded Drive.ai with his fellow lab mates from Stanford University in April of 2015. Drive.ai is a startup that builds the brain of the self-driving car. Drive.ai was the first to deployment the world's first self-driving highway system on a Cadillac CT6 in 2018. Joel is also a named to 2018 Forbes 30 Under 30, Enterprise Technology and Big Money.

There's 79% chance that Joel Pazhayampallil is seeking for new opportunities

Vice President Of Global Supply Chain at Beyond Meat at Amazon

Design at Nuro at Nuro

VP, Marketing at Armory at Conversica

Organizational Development and Talent at MoveOn at Namely

I ❤️ computers and the Internet. at Formant

CEO at We Secure App at STROBES

Payments @ Grab. I'm looking for 2 Data Analysts, let's chat if you are interested. at Grab