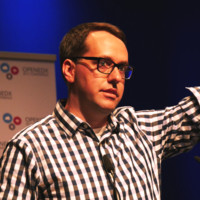 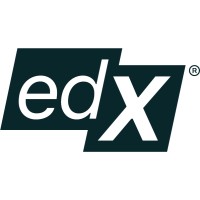 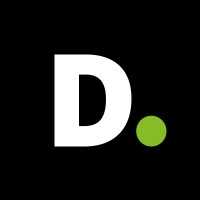 Not the Joel Barciauskas you were
looking for?

Based on our findings, Joel Barciauskas is ...

Based on our findings, Joel Barciauskas is ...

What company does Joel Barciauskas work for?

What is Joel Barciauskas's role at Datadog?

What is Joel Barciauskas's Phone Number?

What industry does Joel Barciauskas work in?

Professional Experience:Director, Engineering - Aggregation at DatadogEngineering Site Lead - Boston at Datadog in Boston, MALead Engineer, Aggregation at Datadog from September 2017 to December 2018 (1 year 4 months) in Boston, MAResponsible for growing the Boston engineering office and leading the metrics aggregation team, which builds and maintains backend systems that improve query performance through pre-aggregation and provide accurate distribution metrics to our customers.Providing ongoing coaching and people leadership to distributed team of four engineers.Work closely with product team to understand timelines and requirements from customers around new distribution metrics product and contributed to Python and Go development on the project.Coordinated cross-team dependencies to meet timelines.Significantly improved operability and resilience of the pre-aggregation service critical to the success of our largest clients.Actively source, recruit and on-board engineers in the Boston Datadog office, making it a great place to work.Engineering Manager, Open Source at edX from July 2015 to August 2017 (2 years 2 months) in Greater Boston AreaPrimarily responsible for the Open Source team, working with the community and internal stakeholders to make recommendations on how to improve the process of contributing and participating in the project.Provided leadership and support to the Platform team, composed of four principal level engineers focused on significant, cross-cutting projects, for 16 months, as well as the Documentation team, comprised of four principal-level technical writers, for 10 months.Led all three teams through transition from quarterly goal setting process to use of OKR (Objective & Key Results) frameworkDefined the role of the open source team and project at edX, identified and analyzed opportunities for lines of business related to the open source project and created a business plan for the CTO and COO based on the result of that analysis that is currently being implemented with a $1M revenue target for FY18Delivered four open source releases, which are critical to enabling further adoption of the platformOrganized and executed three Open edX community conferences, leading the core organizing team of four, separate from the Open Source team, growing attendance from 160 to over 300 attendeesSupported cross-team effort to move to Docker developer environments from small experiment to wider pilot both internally and with the communitySupported Platform team through critical upgrade of Django to the next long-term support release before EOL, which was delivered on time and with minimal disruptionImplemented and drove adoption of Slack as the primary means of community interaction, reaching over 1,000 Slack team members in less than a yearHired two principal engineers, two developer advocates and one principal technical writer. Director of Platform at Blue State Digital from February 2013 to June 2015 (2 years 5 months) in Greater Boston AreaManage engineering team responsible for all infrastructure, including physical hardware, cloud services and core backend software for Blue State Digital's web hosting, software as a service product and high-volume email delivery services. Lead team in development and support of

Joel Barciauskas has a background in engineering and administration. He has experience as a Site Lead, Engineering Manager, Open Source Manager, Software Engineer at Blue State Digital, and Software Team Lead at Blue State Digital. In his last role, he was responsible for the maintenance andUpgrade of Django to the next long-term support release before EOL, which was delivered on time and with minimal disruption. Joel also leads and implements multiple system-wide log collection solutions, chose and implemented Logstash and ElasticSearch.Joel has experience with failed upgrades, failed releases, and disaster recovery. He has also been responsible for developing and leading team efforts toizen through transitions from quarterly goal setting process to use of OKR (Objective & Key Results) framework. In his work at Blue State Digital, he developed and led a release process to support moving from biweekly to daily releases utilizing Bamboo for continuous integration, reducing risk and increasing the cadence of development. He also introduced Fisheye and Crucible for source code viewing and code review.

Ranked #177 out of 3,531 for Engineering Site Lead - Boston in Massachusetts

There's 90% chance that Joel Barciauskas is seeking for new opportunities

Director of Partner Engagement at Bumble