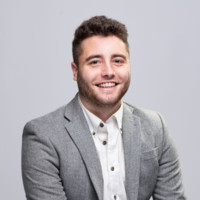 Not the Joe Misseldine you were
looking for?

Based on our findings, Joe Misseldine is ...

Considerate
Communicator
Outside the box

Based on our findings, Joe Misseldine is ...

What company does Joe Misseldine work for?

What is Joe Misseldine's role at Stonor Recruitment?

What is Joe Misseldine's Phone Number?

What industry does Joe Misseldine work in?

Joe Misseldine has worked in the Talent Acquisition industry for over 10 years. He has held a number of senior positions at companies such as Profit AccumulatorIndustry of Staffing andrecruiting and at Stonor Recruitment where he is currently a Head of Digital Talent. Joe has also worked as a Recruitment Consultant - Marketing / Sales Promotion Agencies at Stonor Search and Selection from April 2012 to September 2015, Training Executive - Business Account Executive - Team Leader at CPM UK Limited from November 2010 to March 2012, and Digital Media / Marketing Consultant at Propel London from September 2015 to March 2017.

Joe Misseldine has over ten years of experience in the digital media and marketing industries, with a focus on recruitment. He has worked as a Head of Talent Acquisition at Profit AccumulatorIndustry of Staffing and Recruiting, a Senior Consultant - Digital Media / Marketing at Propel London from March 2017 to September 2018, and Head of Digital Recruitment at Stonor Recruitment. In his previous roles, he has had a role in both leading the development and managing of digital media and marketing initiatives for recruitment agencies, as well as lead business account management for companies.Joe is also a Trainee Executive - Business Account Executive - Team Leader at CPM UK Limited from November 2010 to March 2012. As a Trainee Executive, he had a role in developing and manage a team of business account executives for a small business in the North East of England. Joe has a degree in Economics from the University of Manchester, and has worked in the technology sector for over 10 years.

There's 71% chance that Joe Misseldine is seeking for new opportunities

Talent Acquisition Leader - Connecting the best with their next great opportunity! at Daugherty Business Solutions