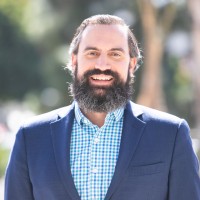 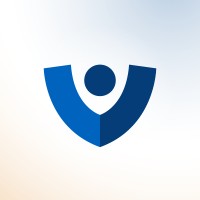 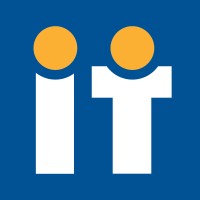 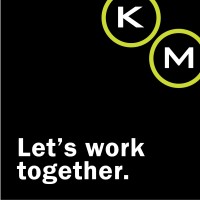 Not the Joe Hirlinger you were
looking for?

Based on our findings, Joe Hirlinger is ...

Based on our findings, Joe Hirlinger is ...

What company does Joe Hirlinger work for?

What is Joe Hirlinger's Phone Number?

What industry does Joe Hirlinger work in?

Hirlinger’s professional years started at a company that was focused on providing technology consulting services to its clients. He quickly rose through the ranks, eventually becoming arecruiting manager and account manager at a company that was quickly becoming a Fortune 500 company. He then spent 4 years with a company that was focused on providing technology staffing in the Chicago area. In his last job with the company, he was responsible forleading the Chicago office to be a Harvey Nash Branch of the Year Award in 2012. In his previous job, he also became a President’s Club Award Recipient. He then joined a company that was based in San Diego, CA. There, he was responsible for leading the San Diego office to be a Tier III (top tier) producer. Additionally, he was able to drive the company to be a Top 100 Fastest Growing Private Company in San Diego by SDBJ in 2017 and 2018, and was also able to maintain the office record for the highest cumulative individual recruiter spread over a calendar year.

Joe Hirlinger has a Master of Business Administration (M.B.A.) from Webster University, which he obtained in 2009. He also holds a Bachelor's degree from the School of Journalism - Strategic Communication & Advertising at University of Missouri-Columbia. He completed his Missouri London Program in 2013.From his undergraduate days, Hirlinger had always enjoyed exploring different cultures and learning about other countries' education systems. This led him to choosing to study at Imperial College London, where he completed a Study Abroad program from to . After finishing his studies, he returned to Webster University as an instructor of the M.B.A. program. In addition to his teaching duties, he also moonlights as a business consultant.

Customer service is a top priority for him. Joe Hirlinger strives to be customer service-protective and goes above and beyond to provide excellent and efficient customer service. In his role at Sayva Solutions, he was responsible for managing customer service and recruiting placements for the Sayva Solutions Chicago office.In his previous role as a Recruiter & Account Manager at KellyMitchell Group from November 2007 to January 2012, Joe Hirlinger was a leader in the collections, transportation, and presentation of leads for the KellyMitchell group. He was also responsible for the presentation of leads and account management for the KellyMitchell group of companies in the Greater Chicago Area.In his time at Harvey Nash, Joe Hirlinger served as a Recruiting Manager & Account Manager driving recruiting efforts. He was also involved in developing and executing strategic and tactical business plans for Harvey Nash.Prior to his time at Sayva Solutions, Joe Hirlinger was a Founding Member of the KellyMitchell Chicago office. At KellyMitchell Chicago, he was responsible for managing the staffing needs of the office and collaborating with the Account Management and Recruiting teams to ensure quality of both job orders and candidates.In his previous role as an Associate Director (Technology) & IT Recruiting Professional at Sayva Solutions, he was responsible for leading the Chicago office to Harvey Nash Branch of the Year Award in 2012. He was also a President’s Club Award recipient in 2016, 2017, 2018, and 2019.Joe Hirlinger holds a B.S. in Biochemistry from the University of Illinois at Urbana-Champaign.

Ranked #1,013 out of 20,260 for Associate Director (Technology) - IT Recruitment & Account Management in California

There's 100% chance that Joe Hirlinger is seeking for new opportunities

U.S. Ambassador to the Republic of Kosovo at U.S. Department of State

Chief Operating Officer at THE CENTER at iS CLINICAL