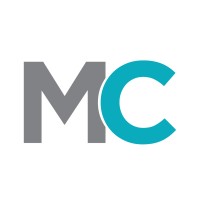 Not the Joe Caruso you were
looking for?

Based on our findings, Joe Caruso is ...

Based on our findings, Joe Caruso is ...

What company does Joe Caruso work for?

What is Joe Caruso's role at Olin College of Engineering?

What is Joe Caruso's Phone Number?

What industry does Joe Caruso work in?

Joe Caruso has over 14 years of experience as an engineer and technical consultant. He has been with various companies and inventors throughout his career, and has worked with hardware, software, and system design. He has been a mentor and leader at TechStars Boston, and has been a team member at various technology and entrepreneurship competitions. Additionally, he has been a board member and investor at several startups. Joe is also a regular speaker at entrepreneurship events, and has written a few books about his experience and articles for tech publication.

Ranked #173 out of 3,460 for Member, President's Council in Massachusetts

There's 91% chance that Joe Caruso is seeking for new opportunities

INSIDE SALES at IN & OUT GLOBAL LOGISTICS S.R.L.

IT Support Specialist at Airbnb at Airbnb

Founder and VP of Engineering at Uptycs Inc

Manager at Apple at Apple