When everyone else is automating, we're busy putting the “human” back into "human capital". 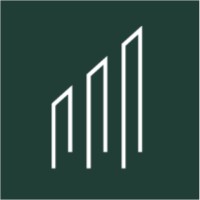 Not the Joe Carbone you were
looking for?

Based on our findings, Joe Carbone is ...

Based on our findings, Joe Carbone is ...

What company does Joe Carbone work for?

What is Joe Carbone's role at Eastward Partners Inc.?

What is Joe Carbone's Phone Number?

What industry does Joe Carbone work in?

Prior to that, Joe was a financial services professional with Wealth Advisory Group LLC (WAG) from August 2005 to October 2007. There, he was responsible for developing and executing talent functions for early-stage companies, as well as scaling and managing recruitment campaigns for growth-stage companies. He was also a developer at Merrill Lynch from January 2001 to December 2002. At Merrill Lynch, Joe was an investment and advisor with HIIT House Long Island, a primer fitness studio located in Garden City, Long Island. Joe is passionate about providing long-term strategic solutions that have a positive impact on business.

Joe Carbone's Educational Background:Joe Carbone has a Bachelor's degree in Business, Management, Marketing, and Related Support Services from Manhattan College, which he earned in 1999. He then studied at Quinnipiac University, where he earned his degree in 1998. During his time at Quinnipiac, Carbone worked as a marketing research assistant from 1998 to 1999. From 1994 to 1998, he was a student at Bishop Hendricken High School. While at Bishop Hendricken, Carbone won three state championships in basketball.

There's 71% chance that Joe Carbone is seeking for new opportunities

Sr. IT Recruiter at Hays at Hays

It Talent Recruiter Manager and Certified Product Owner at Aubay