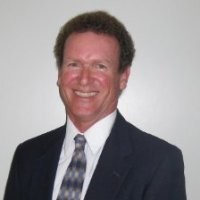 Not the Jim Lundgren you were
looking for?

Based on our findings, Jim Lundgren is ...

Based on our findings, Jim Lundgren is ...

What company does Jim Lundgren work for?

What is Jim Lundgren's role at JCL Financial?

What is Jim Lundgren's Phone Number?

What industry does Jim Lundgren work in?

Jim Lundgren has a background in Communications from Community College of the Air Force. From October 1978 to October 1979, he was a Communications student at American Financial College. He then completed his training at Defense Language Institute where he was a Spanish students from October 1982 to October 1983. Lundgren has a very diverse educational background that has prepared him for his current role. He has a background in finance and has worked in various finance positions.

Before joining Access College Foundation in December 1999, Jim Lundgren was President/CEO of in Southern California, where he led the company for six years, from 1993 to 1999. He also served as the CEO of from 1986 to 1995. Lundgren holds a B.A. from UCLA and a M.B.A. from Temple University.

There's 73% chance that Jim Lundgren is seeking for new opportunities

CEO at AgeWage, Founder of Pension PlayPen at AgeWage

Frustrated with high interruptions to IT services resulting in unhappy staff and loss of profitability? at APSCo

Logistics Director at The Coop at Co-op