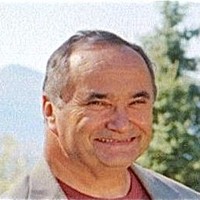 Not the Jim La Spina you were
looking for?

Based on our findings, Jim La Spina is ...

Based on our findings, Jim La Spina is ...

What company does Jim La Spina work for?

What industry does Jim La Spina work in?

Jim La Spina began his education at Riddle Aeronautical University in 1977, after studying Aviation Maintenance Management and Professional Aeronautics. La Spina then moved on to Daytona, Fl. in 1980 and obtained his A & P Certificate. He then worked as an Aviation Maintenance Management and Professional Aeronautics Trainer at Embry-Riddle Aeronautical University from 1981 to 1984. La Spina then completed his formal education and certification in1985, earning his FAA canopyCertificate in Aviation Maintenance Management and Professional Aeronautics.From 1985 to 1990, La Spina worked as an official test pilot for the FAA. Here he flew over a wide variety of tasks, from checking theorrectly flying instrument devices to instructing pilots on safe flying practices.La Spina continued working as an official test pilot for the FAA until 1995. Here he flew Nationwide and Test Pilot School (P-3) aircraft. La Spina also flew as a systems engineer on various FAA-approved commercial airplanes. Jim La Spina has extensive experience in the aviation maintenance field, and is known for his expert teaching and instruction. La Spina has provided expert talks and classes around the nation, as well as participated in variousFIELD-theft Prevention Workshop gatherings. La Spina is an authority on systems engineering and aviation maintenance, and has written several textbook-length pieces on the topics. La Spina's skills as an instructor and teacher allow him to provide significant insights and practical knowledge to his students, foregoing the lecture-and-read-only style most formal education provides. La Spina's passion and dedication to teaching have brought him great success in the field of aviation maintenance, and he continues to make an impact on the field by creating unique, beneficial course materials and revamped, online aviation maintenance training programs.

Jim La Spina has over 35 years of experience as a support engineer, including four years as a Field Service Technician. La Spina is a company President and CEO, and has been leading technical innovation for Commercial Aircraft since 1982. La Spina is also a long-time part of the Technical Committee for the LM6000 program at TCP, direct responsible for all production, repository and field mechanics issues related to the LM6000 program. From 2006-2011, he was also the director of gas turbine maintenance for TCPL and Kinder Morgan Pow, two of the world's biggest Power Companies. La Spina has a proven track record of coming up with innovative solutions to problems in the gas turbine maintenance and repair field. He is also a very long-time member of the Technical Committee of the LM6000 program at TCP, and successfully implemented a plan to replace gearboxes in-house that eliminated a $400K repair effort. He also successfully negotiated and purchased a Low Pressure compressor module for $250K, which has resulted in continued savings in repair costs and a reduced down time.

Head of Marketing at BARK

Senior Manager of Infrastructure Engineering at Anaplan at Anaplan

National Trainer and Recruitment Specialist at AIRS at AIRS, an ADP company

CEO and Co-Founder of Lumi at Lumi

Vice President at Genmab at Genmab

Python Developer at Cisco/WebEx at Cisco