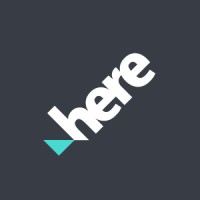 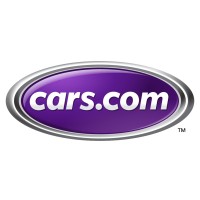 Not the Jeremy Chambers you were
looking for?

Based on our findings, Jeremy Chambers is ...

Based on our findings, Jeremy Chambers is ...

What company does Jeremy Chambers work for?

What is Jeremy Chambers's role at gateless, inc.?

What is Jeremy Chambers's Phone Number?

What industry does Jeremy Chambers work in?

Lead Engineer at Gateless, inc.Jeremy Chambers is currently a Full Stack Engineer at Cars.com from June 2015 to September 2016 (1 year 4 months) in Greater Chicago Area.As a Lead Engineer at Gateless,inc., Jeremy brings over 7 years of experience in engineering and software development including 1 year4 months as a LeadDevOpsEngineer at HERE Technologies, 4 years5 months as a Systems Administrator at Ascend Training & Consulting, 3 months as a Research and Development Intern at Masoneilan (Division of Dresser Inc), and 2 years3 months as a Principal Engineer in DevOps at Cars.com.In his previous roles, Jeremy has played a key role in developing and managing products and projects at Gateless, Inc. He has also successfully overseen and helped students while working in the computer lab. Jeremy also spends his days working as a Technical Director at Ascend Training & Consulting, where he manages and develops the company’s software development processes.As a result of his experience and skills,Jeremy is an excellent fit for a role as a Lead Engineer at Gateless, Inc. He is well-equipped to solder together products and features to create a successful product, and he is also well-versed in the technology challenges faced by the company. Jeremy is a skilled problem solver who is also a people person, and he is excited to lead and manage the engineering team at Gateless, Inc..

Jeremy Chambers's Educational Background and Work readiness:Jeremy Chambers has a Master of Science (MS) in Computer Science from DePaul University from 2013 to 2015.From 2005 to 2009, Jeremy Chambers was a student at the University of Illinois at Chicago. He earned a Bachelor of Science, Math & Computer Science from University of Illinois at Chicago in 2009.Since Jeremy Chambers's first educational experience, he has worked in the computer industry. He has been a software engineer for nonprofits and small businesses since September of 2013.A hiring search at his current job lead him to believe that he is an excellent candidate for a position as a software engineer. He is well-prepared for the position and has worked in the industry for many years.Jeremy Chambers is confident in his abilities and looks forward to working with his new employer to achieve their goals.

demonstrated excellent technical and interpersonal skills by being a team player and a go-getter. Chambers was able to take on multiple roles and take on tasks that were outside of his comfort zone. He was also able to clearly communicate his ideas and projects to other team members, often leading by example.Chambers is also an experienced teacher. He has taught at Ascend Training & Consulting, where he was a Lead Engineer. Chambers also taught a Wordpress course. He also taught a Ruby on Rails andWordpress course at School District.Chambers has also been involved in a number of other professional and technical endeavors. He has been a technical consultant for Walgreens by Analysts in motion. He also was a Technology Assistant at School District. That position includedSupervised and helped students while working in the computer lab. He also set up and managed staff computers for the school.Most importantly, Chambers is someone who is always engaged and always putting others first. He was a lead engineer at gateless, and he is currently a lead DevOps engineer at HERE Technologies. Chambers also leads a technology training and consulting company, Ascend Training & Consulting. And lastly, Chambers supplies information technology services to his company, Ascend, as a Systems administrator and developer, as well as a database administrator and manager.

There's 93% chance that Jeremy Chambers is seeking for new opportunities

VP of Product Management at CLIQUE at Clique

Vice President of Growth at Kiva at Kiva

If you're interested in helping 6MM children find delight in challenge, we are hiring. at Curriculum Associates

VP, Partnerships at Cycle at Cycle

Director of Sales & Marketing at LG Chem at LG Chem

Head of Product - Pay, Time, Platform, and Growth at Gusto at Gusto