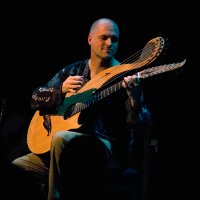 General Manager, Digital Technology Solutions and Strategy @ We are driving a series of digital initiatives out of our new office in San Francisco for Audi and VW. This is the start of something really big and we're already far along in making sure "Truth in Engineering" extends to the digital world for customers in exciting ways. From October 2013 to Present (2 years 1 month) San Francisco Bay AreaDirector of Technology Strategy and Engineering @ From September 2009 to September 2013 (4 years 1 month) San Francisco Bay AreaSoftware Development, QA and Process Improvement Manager @ From July 2008 to September 2009 (1 year 3 months) Executive Technical Consultant @ From February 2008 to July 2008 (6 months) Director of Technology @ From June 2006 to January 2008 (1 year 8 months) Web Development Manager @ From June 2004 to June 2006 (2 years 1 month) Advertising and Production Manager @ From March 2003 to May 2004 (1 year 3 months) User Interface Engineering Lead @ From March 2000 to September 2001 (1 year 7 months) Web Specialist @ From August 1997 to September 1999 (2 years 2 months) Web Specialist @ From August 1995 to April 1997 (1 year 9 months)

Looking for a different Jeff Titus?