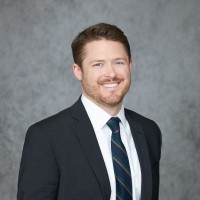 Not the Jeff Olsick you were
looking for?

Based on our findings, Jeff Olsick is ...

Based on our findings, Jeff Olsick is ...

What company does Jeff Olsick work for?

What is Jeff Olsick's role at Third Coast Capital Advisors?

What is Jeff Olsick's Phone Number?

What industry does Jeff Olsick work in?

Jeff Olsick's Educational Background and Work readiness:Jeff Olsick has a B.S. from the University of Arizona in Entrepreneurship & Finance, which he received in September 2022. Olsick continued his education at Eller College of Management, where he achieved his Eller College of Management degree in September 2022. Olsick has experience in the economic sector and is able to provide expert insights and advice to organizations of all sizes.

There's 77% chance that Jeff Olsick is seeking for new opportunities

President at Rock Health at Leidos

Chief Executive Officer at Strategy Cafe, Inc. at Capital One