director of Roussillon'agency for Razel 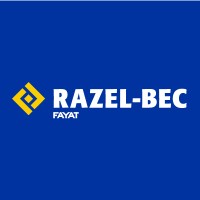 director of Roussillon'agency (south of france)

Not the Jean Pierre VITU you were
looking for?

What company does Jean Pierre VITU work for?

What is Jean Pierre VITU's role at Razel?

What industry does Jean Pierre VITU work in?

Jean Pierre Vitu has been working in the field of Civil Engineering since he was a student. He has a degree in Civil Engineering from the University of Rennes, France. After working as a research fellow and lecturer at the University of Rennes, Jean Pierre Vitu moved to work in the field of Civil Engineering at Roussillon'agency, a company that provides construction services. From there, he became director of Roussillon'agency, a position he held from February 2012 to January 2012. From January 2012 to February 2012, he was also director of Languedoc-roussillon at Razel. In this role, he was responsible for the management of 100 people. Jean Pierre Vitu speaks both English and German, and is currently proficient in both.

Chief Operating Officer at WilsonHCG | TALENT.™️ It's more than a solution; it's who we are. at WilsonHCG

Founder and CEO of Wpromote - Think Like a Challenger at Wpromote

Founder at ADVERING at IR48

Web3 Lawyer I Investor I Vicox