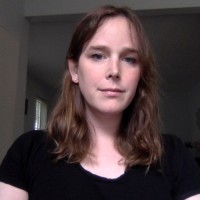 Ranked #359 out of 7,190 for Senior Software Developer in Pennsylvania

There's 100% chance that Jean Hicks is seeking for new opportunities

Not the Jean Hicks you were
looking for?

Based on our findings, Jean Hicks is ...

Based on our findings, Jean Hicks is ...

What company does Jean Hicks work for?

What is Jean Hicks's role at Ticketleap?

What is Jean Hicks's Phone Number?

What industry does Jean Hicks work in?

In her work experience, Jean Hicks has helped to build integrations for 3rd party applications to TicketLeap.com, develop tools for Users and Customer Sales teams to manage ticket buyers, deploy bug fixes and updates to a Django web application and its integrations, and develop internally within Astreya Partners a dashboard app used to monitor network operations and trends. She has also been a Web Developer/Data Analyst at Astreya Partners and a Radar Engineer at Technology Service Corporation.

Jean Hicks's education and professional background:Jean Hicks has a Bachelor's degree in Electrical Engineering from State University of New York at Stony Brook from 2007 to 2009. Jean Hicks has experience working in thetech industry and is statistically sound in her math and science skills. Jean Hicks is currently pursuing a MS in computer science from UC Berkeley.

Jean Hicks has a Bachelor's of Science in Computer Science from Fenway Park University, where she also earned her Master's in Computer Science. Jean Hicks has a professional background in software development, having previously worked as a Senior Software Developer at Ticketleap and as a Python Developer at Astreya Partners. She is also an experienced consultant, having worked as a Developer II at NRG Energy from September 2015 to September 2016 and as a Software Engineer at Payroll Shoping from September 2014 to August 2015. Her Areas of Expertise include developing dashboards and office automation systems, as well as developing professionally executed software installation guides and qualification tests reports.

CIO Metlife UK & I at MetLife

Head of PayTech at Curve at Curve

Software Engineer at R3 at R3

Head of Engineering at Onzo at ONZO