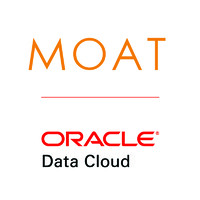 Not the Jason Ventresca you were
looking for?

Based on our findings, Jason Ventresca is ...

Based on our findings, Jason Ventresca is ...

What company does Jason Ventresca work for?

What is Jason Ventresca's role at Bloomberg LP?

What is Jason Ventresca's Phone Number?

What industry does Jason Ventresca work in?

Jason Ventresca has worked in various technical and interpersonal roles for various businesses. For the last 8 years, he has been a Backend Engineer at Freelance, where he was responsible for the development and implementation of client-server software.In October of 2012, Jason worked at Bloomberg LP, where he was responsible for the design and implementation of a user interface for a database manipulation program. Jason also wrote a code generator in Python that generated 16,000 lines of source code, 2,000 lines of XML Schema code, and spanned across 50 files.In May of 2011, Jason worked at Memorial Sloan-Kettering Cancer Center, where he designed, implemented, and tested scripts in Perl and UNIX to perform large-scale expressed sequence tag (EST) analysis of GenBank and BLAST data.Lastly, in August of 2007, Jason served as a Senior Backend Engineer at Moat.com, where he was responsible for developing and implementing the client-server software. In this role, Jason designed, implemented, and tested systems across a variety of client/server applications.

There's 100% chance that Jason Ventresca is seeking for new opportunities

Director of Engineering at Airbnb at Airbnb

Head of Recruiting at theSkimm

Associate/Software Engineer at JPMorgan Chase & Co. at Bank of America

VP of Business Development, formerly at Google and Yahoo. at Shippo

Food, Beverage and Pharma Talent Needed! #Towards2020 at Kerry

Data Engineer at Intuit at Intuit