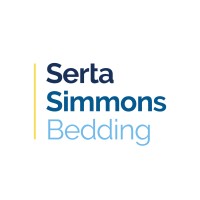 Not the Jason Santamaria you were
looking for?

Based on our findings, Jason Santamaria is ...

Goal-oriented
Focused
Strong sense of self

Based on our findings, Jason Santamaria is ...

What company does Jason Santamaria work for?

What is Jason Santamaria's role at The Blackstone Group?

What is Jason Santamaria's Phone Number?

What industry does Jason Santamaria work in?

Ranked #456 out of 9,125 for Managing Director, Portfolio Operations in New York

There's 77% chance that Jason Santamaria is seeking for new opportunities

Assurance Associate at PwC at PwC

Student at Washington University in St. Louis at Macquarie Group

Experienced Leader in Information Services, Strategy, and Consulting at IHS

Director of Global Marketing at URC at Sennheiser

Attended College of William and Mary at Lovefoodies Inc