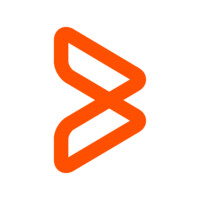 Not the Jason Andrew you were
looking for?

Based on our findings, Jason Andrew is ...

Based on our findings, Jason Andrew is ...

What company does Jason Andrew work for?

What is Jason Andrew's role at BMC Software?

What is Jason Andrew's Phone Number?

What industry does Jason Andrew work in?

Jason Andrew's professional and technical skills lie within the field of information technology and services. He has a background in marketing and sales, having worked in both the private and public sectors. Jason has a wealth of knowledge and experience in product development and marketing, having worked with a number of flagship technology companies, such as BMC Software, SAP AG, and Oracle.Jason is a highly experienced manager, and has a successful record of appointing effective and dedicated team members. He is also an extremely good communicator, being able to build good relationships with his team and customers.

There's 75% chance that Jason Andrew is seeking for new opportunities

Making the Internet better, one Chrome at a time :) at Google

CEO and Co-founder at Flick at Ooni

Founder at Snyk at Snyk

Director - Demand Planning and Replenishment at Sportsman's Warehouse at Hayneedle.com