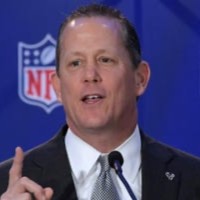 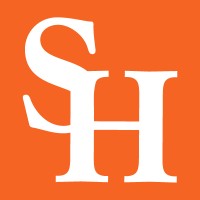 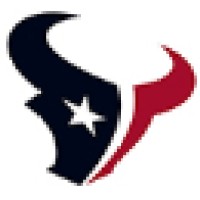 Not the Jamey Rootes you were
looking for?

What company does Jamey Rootes work for?

What is Jamey Rootes's role at Sam Houston State University?

What is Jamey Rootes's Phone Number?

What industry does Jamey Rootes work in?

Jamey Rootes had a Bachelor of Science (BS) in Marketing/Marketing Management from Clemson University in 1984, and a Master of Business Administration (MBA) from Indiana University Bloomington in 1992-1994. Jamey has also holds a professional teaching certificate from The George Washington University in Washington D.C. since 2004.Jamey Rootes is a successful businessperson with more than 11 years of business experience. She has a unique perspective as an entrepreneur,having founded four businesses of her own. In her mostrecent business venture, she was the president and CEO of two companies. Both businesses were successful and Jamey is now focused on her third business venture. She is currently the owner of a marketing agency named Cupcakesolutions.com.Jamey Rootes has a strong business acumen, having been able to develop successful businesses in various industries. She has a proven track record in managing and running businesses, and has a proven ability to lead and motivate her staff. Additionally, she is established in the business community and has been awarded many honors, such as being a Recognized Leader in her field by the National Business Awards. Her effective management of businesses has resulted in her being the recipient of several prestigious awards, such as the prestigious Clemson University Marching Band Award. In her spare time, she enjoys spending time with her family and friends, promoting Independent Living through specialties she has developed, andrunning her own business.

Apple, Microsoft, Sports:Jamey Rootes has experience in Sales Motivation, Microsoft Office, and Television. In addition, he is skilled in Business Relationship Management and Professional Sports. He has been involved with the industry of Sports for over 15 years, and has worked with a number of different organizations. Jamey Rootes currently works as an Assistant Brand Manager, Procter and Gamble at Procter & Gamble. He was a Marketing Representative at IBM from January 1989 to January 1992. He was also a Professor of Practice- Sport Management at Sam Houston State University from January 2005 to April 2021. He was also President, Houston Texans, National Football League at Houston Texans from January 2000 to January 2005. He was also President and General Manager, Columbus Crew, Major League Soccer at Columbus Crew from January 1995 to January 1999.

Ranked #953 out of 19,061 for Professor of Practice- Sport Management in Texas

There's 88% chance that Jamey Rootes is seeking for new opportunities

Helping our clients attract their clients with a complete, ongoing & attention getting Thought Leadership solution

Vice President at HNTB at HNTB

LinkedIn expert and author of 2 books | I structure your LinkedIn and your CV! | More than 500 customers in more than 5 countries | I help you win job opportunities through LinkedIn | Connect with me! at Bloco by IBREP