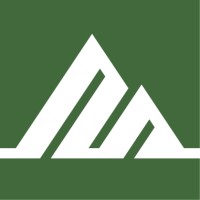 Ranked #953 out of 19,061 for President, Industrial Supply Division in Texas

There's 92% chance that Jack Templin is seeking for new opportunities

Not the Jack Templin you were
looking for?

Based on our findings, Jack Templin is ...

Based on our findings, Jack Templin is ...

What company does Jack Templin work for?

What is Jack Templin's role at Affiliated Distributors (AD)?

What is Jack Templin's Phone Number?

What industry does Jack Templin work in?

After completing his undergraduate studies at Texas A&M University, Jack Templin moved on to work in the manufacturing industry. However, after a few months his experiences with the company ended prematurely and he was roped into starting his own manufacturing business. Templin faced a lot of challenges and was not used to working in a lot of different environments. This led to his experience with dailies and his current job as a mass production operations manager.Lesson Learned:Some of Jack Templin's biggest lessons learned during his undergraduate years were that it is important to be prepared for the different aspects of life and that the challenges that come with it will eventually lead to an income increase. Templin wants to enjoy his work life as much as possible and is currently working on learning new skills so that he can continue to grow and make more money.

Lead Human Factors Engineer at TOTAL at University of Strathclyde

Putting the ROI in WiFi. at FusionWiFi Ltd

Recruiter at Weebly at Weebly

Manager - Integrations at dv01 at dv01