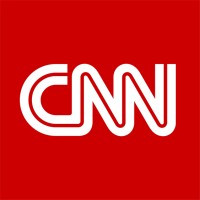 Not the J. Alberto Leyes you were
looking for?

What company does J. Alberto Leyes work for?

What is J. Alberto Leyes's role at Merlini films LLC?

What industry does J. Alberto Leyes work in?

J Alberto Leyes has a B.A. from the University of Havana in Creative Writing and Spanish.

J Alberto Leyes has a Baccalaureate in Journalism from the Journalism School of JOURNALISM, Obispo Trejo y Sanabria in Cordoba, Argentina. He is a graduate of the Cordoba, Argentina Broadcast Journalism program with an inclusion in the Top Tenaka class. Alberto Leyes has a Master's degree in Broadcasting and Communications from the Cordoba, Argentina School of Broadcasting and Communicacions with a focus on Communication Studies. That Master's degree is from the Department of Communication Studies at the University of Cordoba. Alberto Leyes has wide experience as a journalist and broadcaster having worked as a news anchorman and presenter since he was a teenager. He has also been a news whip at TV Asunción, Argentina's public television network, where he was the news presenter and news editor from 2003 to 2005. He has also worked as a news commentator for the Spanish language network public television network RTVE. From 2006 to 2009 he worked as a correspondent for the Argentine Broadcasting Corporation TVN. From 2009 to 2013 he was a news presenter and news editor with the Public Broadcasting Corporation Radio Nacional. He has also worked as an Internet journalist for the Argentine website Ciudad Libertad.

Ranked #270 out of 5,400 for Chief Executive Officer in Illinois

Recruiter at OWN: The Oprah Winfrey Network

Marketing Advisor + Copywriter = Impact of a Sales Force, at a Fraction of the Cost at Client Cloning Systems

CIO/CTO/CDO | CEO/Board Advisor | Independent Director | "When You Outgrow Your IT Strategy, Call Me"​ at Infrascale