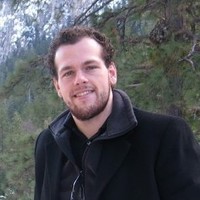 Not the Ian Dupzyk you were
looking for?

Based on our findings, Ian Dupzyk is ...

Based on our findings, Ian Dupzyk is ...

What company does Ian Dupzyk work for?

What is Ian Dupzyk's role at ACE Airships?

What is Ian Dupzyk's Phone Number?

What industry does Ian Dupzyk work in?

Ian Dupzyk is a recent graduate of San Jose State University with a Master's degree in Statistics. Dupzyk is currently in the process of completing his MSAE with an elance focus in Aerospace Engineering. Dupzyk has also been employed as an aerospace engineer with a variety of companies.

Ian Dupzyk's technical merits include his experience with Python, data analysis and engineering, and experience with ETL and SPI applications. Ian Dupzyk also has a statutory degree in law from Santa Clara University and a Juris Doctor from the Santa Clara University School of Law. Ian Dupzyk's interpersonal skills include a strong work ethic, excellent communication, and strong problem-solving skills. Ian Dupzyk is a highly motivated person and is known for his " DATA ENTERTAINMENT " project where he turned data into engaging and entertaining short films.

There's 90% chance that Ian Dupzyk is seeking for new opportunities

Business leader with twenty years of experience.Solid background in Investor Relations and Corporate Governance.Chairman and member of boards. Experienced in Capital Markets Regulations,Banking and Bu at Capital Market Authority

Co-founder at Shleep. We are hiring - become the next Shleepie as Lead Developer or Sales Lead! at Shleep