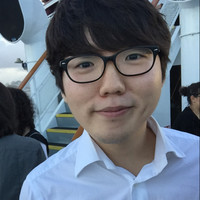 Not the Hyun Joon Seol you were
looking for?

Based on our findings, Hyun Joon Seol is ...

Based on our findings, Hyun Joon Seol is ...

What company does Hyun Joon Seol work for?

What is Hyun Joon Seol's role at Foursquare?

What industry does Hyun Joon Seol work in?

Hyun Joon Seol has many years of experience in software engineering,technical lead, data engineer and software developer. He graduated with a degree in computer science from Seoul National University in 2009. He then worked his way up through the ranks at several companies, culminating with a position as a software engineer at LG Electronics in Seoul, from 2010 to July 2010. From there, he worked at the Walt Disney Studios in Greater Los Angeles Area as a senior data engineer. There, he designed and implemented - real time box office reporting built with Kafka Streams, data to movie metadata matching pipeline built with Apache Spark, and product management - managing customer relationships within the studios and leading the engineering team. He then moved to Foursquare in San Francisco Bay Area as a data infrastructure engineer. There, he engineered offline recommendations with Scalding/Hadoop and introduced a incremental approach to existing offline jobs. He also worked at Apple in Cupertino, CA as a Siri Language Engineer and developed automated processes for large-scale usage log parsing using Hadoop and Scala. Finally, he worked at Naver Labs in Seongnam, Gyeonggi-do, Korea as a research engineer for big data, data engineering, and speech recognition/language modeling.His most recent job is as a software developer at Cornell University Department of Linguistics in Ithaca, NY as a software developer for web harvest of minimal intonational pairs occurring in natural speech. He is also a web designer at Integrated Web Services from October 2006 to August 2008.

Hyun Joon Seol has a significant background in Computer Science, specifically in Programming Languages and Software Development. This experience has allow him to work in a number of different fields, including data engineering, software development for online office applications, and software developer for web harvest of minimal intonational pairs.Hyun Joon Seol is also proficient in Japanese, both spoken and written. He has worked with Japanese and Korean speakers, as well as with text-to-speech research. Hyun Joon Seol is also very familiar with landscape design, having implemented and designed software to manipulate internationalized texts.

VP of Technology, Marketplace at Verve

Director of Technology at Amazon at Landing AI

Engineer working on software for hardware engineers at Duro Labs

CTO at TheraGun at Theragun

Head of Tax Workflow at LexisNexis at PA Consulting Group

Journalist at Sifted at Sifted