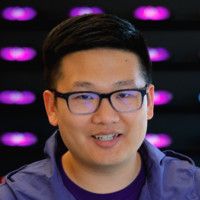 The University of New Mexico

Not the Hung Truong you were
looking for?

Based on our findings, Hung Truong is ...

Based on our findings, Hung Truong is ...

What company does Hung Truong work for?

What is Hung Truong's role at Codecademy Labs?

What is Hung Truong's Phone Number?

What industry does Hung Truong work in?

Hung Truong holds a B.S. in Computer Science from the University of Michigan in 2009. In the previous three years, Hung Truong has also held a Master's degree from The University of New Mexico in Computer Science, graduating with distinction in 2006.Hung Truong has been focusing on her work preparedness for the past few years. She holds a three-year certification from the Online Learning Company (OLC) as an Online Instructor and has been working as an Instructor for a company specializing in online education for the past three years. She has also been a Participant in a number of online course development workshops and has worked from start to finish on a number of online course projects.Hung Truong's professional experience includes more than five years of experience as an Online Instructor and Participant in Online course development workshops. Additionally, she has been working as an interviewer and reviewer for a number of private and public online course providers. Overall, she has had a profound experience in the development, design and delivery of online course projects.

Description of Work Experience:I was a Teaching Assistant at Codecademy Labs from January 2015 to April 2015 (4 months). I worked with Codecademy Labs and their ReskillUSA initiative to help teach programming skills to students at the University of Michigan. The program lasted four months from January to April.Tech Awesome Dude at Threadless from October 2011 to April 2012 (7 months) in Chicago, IL. Mostly wearing t-shirts and typing on a keyboard. Application Developer for North Quad at University of Michigan from September 2010 to June 2011 (10 months). I work with the North Quad Coordinator to enhance the digital displays at North Quad. I make sure the displays have the data required to show interesting stuff. Program Manager at Microsoft from September 2009 to April 2010 (8 months). I was responsible for the delivery side of Advertising on Bing.com, specifically paid search ads. I wrote specs, managed the release cycle of a software quality milestone and made sure that security requirements were fulfilled. Co-Founder at Troubadour Mobile from May 2008 to September 2009 (1 year 5 months). I co-founded Troubadour Mobile through an entrepreneurial incubator program called RPM10, sponsored by a local venture capital firm, RPM Ventures. Over the summer I learned about corporate law, business fundamentals, marketing, product development, team management, financial planning and startup life in general. Along with two other co-founders, I successfully conceptualized, designed, implemented and tested a prototype iPhone application over three months in the Summer of 2008.Lead iOS Developer at FarmLogs from December 2013 to January 2016 (2 years 2 months) in Ann Arbor, MI. As Lead iOS Developer I planned, implemented and shipped core features to the FarmLogs app. I introduced dependency management, unit testing and continuous integration to a large legacy codebase in order to streamline the build, test, QA and release process.I worked closely with our backend, client and design teams to ensure consistency and quality in the iOS app and other user-facing apps.I was responsible for building the first versions of the Automatic Activity Recording product as well as the Crop Health Imagery and Crop Health Alert functionality. During my time at FarmLogs we grew from a user base of 5% of U.S. row crop farms to 25% and from 10 employees to more than 50.iOS Guy at NewFoundry from February 2013 to October 2013 (9 months). Quickly prototyped various app ideas including a crowdsourced gaming app, a credit card wallet app, and a real-time meeting conference timer app. All apps were written in native Objective-c code and Cocoa. I used various core frameworks like:• Core Data• Core Location• StoreKit• QuartzCoreI also integrated too many third party libraries to list, but a few popular ones were:• AFNetworking• ChimpKit• MBProgressHUD• SocketRocket• Flurry Analytics• Mixpanel.Lead iOS Developer at Canopy Innovations from April 2012 to February 2013 (11 months) in Ann Arbor, MI. Developed requirements and mockups

Ranked #217 out of 4,338 for Teaching Assistant in Washington

There's 100% chance that Hung Truong is seeking for new opportunities

Head of Research, Department of Primary and Community Care, Radboudumc at Radboudumc

Managing Director at DATANINJA at Sweatcoin

You can customize this invitation at Traction

Director Of Corporate Sales at Invoca at Invoca

Product Marketing at ConsenSys at AffinityLive