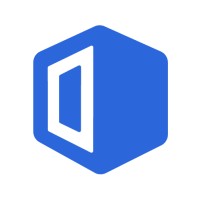 There's 93% chance that Henry Ngo is seeking for new opportunities

Not the Henry Ngo you were
looking for?

Based on our findings, Henry Ngo is ...

Based on our findings, Henry Ngo is ...

What company does Henry Ngo work for?

What is Henry Ngo's role at Phazr.IO Inc?

What is Henry Ngo's Phone Number?

What industry does Henry Ngo work in?

Henry Ngo has a Bachelor of Science in Information Technology from Western Governors University. Henry has also worked as a research analyst and digital media work in marketing and information technology at San Francisco-based startup company KPLF Ventures LLC.

Henry was first Introduced to computers in 1984 when he was 6 years old. He started with a Commodore 64 and then a Commodore 128. He started programming in 1986 when he was 8 years old. After that, he started learning several languages including Python, Ruby and Java. He initially said he would never want to work in a company where he couldn't use the latest programming languages, but changed his mind after experiencing how careless and negative people can be to one another. He has also worked in customer service for 8 years where he has seen the negative side of people. He has learned how to be a team player, communication, problem solving, and problem solving skills.

Head of People & Talent at Acre at Acre

CFO at Lyft at Lyft

Director of People at Thread

CTO, Homes at Airbnb at Airbnb

VP of Engineering, Google at Google

Principal Member Of Technical Staff at Oracle at Oracle

Software Engineer at MemSQL at MemSQL

Manager of Technical Recruiting at Coursera

Java Developer with the DevOps mindset