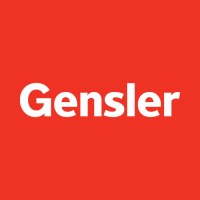 Not the Harry Ibbs you were
looking for?

Based on our findings, Harry Ibbs is ...

Based on our findings, Harry Ibbs is ...

What company does Harry Ibbs work for?

What is Harry Ibbs's role at Gensler?

What is Harry Ibbs's Phone Number?

What industry does Harry Ibbs work in?

I started my architectural career in the late nineties as an architect at BM P Architekten in London. Here, I was responsible for designs for a number of large recent projects such as the Olympicring and London’s Highgate Cemetery.After a few years as an architect, I joined Mace as Project Architect and then from September 2009 to April 2014, as a Project Architect & Urban Designer. at Mace I had the opportunity to work on such projects as the London Olympic Games, the Manchester Piccadilly Circus, and the Melbourne Star Arena.In my time at Mace, I also began to develop my own thinking which I promoted within the company. This involved looking at how buildings could be designed specifically to meet the needs of city users and how the use of ‘smart’ technology can be exploited to improve the performance and efficiency of buildings.During my time at Mace, I also tremendous experience of working in a collaborative environment. I was able to work with colleagues from all over the world, and I learned a great deal from them. I’m grateful to have had the opportunity to work at Mace and I’m sure that I’ve learned a great deal that I canApply to my own work at Zaha Hadid Architects.

There's 78% chance that Harry Ibbs is seeking for new opportunities

Partner at PJT Partners at Blackstone