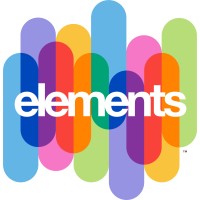 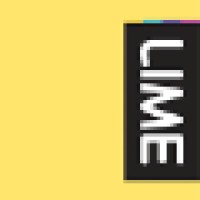 Not the Hao Min you were
looking for?

Based on our findings, Hao Min is ...

Based on our findings, Hao Min is ...

What company does Hao Min work for?

What is Hao Min's role at Elements?

What is Hao Min's Phone Number?

What industry does Hao Min work in?

- Worked on building next generation of driver earnings platform. Software Engineer (Acquired by Take-Two Interactive, NASDAQ: TTWO) at Plays.tv from August 2014 to January 2016 (1 year 6 months) in Mountain View. Worked on Plays.tv in the fouding engineering team, launched Plays.tv with the team in 2015 March. I own some of the key features of plays.tv as following areas:- Personalized friends recommendation- Personalized feeds recommendations- External accounts integration (Twitch/Facebook/Google/Steam/Raptr)/Feed repost/like on plays.tv- Sending user retention emails based on past behaviors on plays.tv- League of Legends integration: automatically mark game highlights on the progress bar of each feed.- Twitch integration: share the twitch broadcasting you like on plays.tv.Plays.tv archived better user growth numbers than Instagram and Snapchat for its first year. Links: http://venturebeat.com/2016/04/06/plays-tv-touts-growth-thats-better-than-instagram-and-snapchat-after-its-first-year-of-pc-gaming-recording/ and https://plays.tv. Co-founder and Chief-Technology Officer (Acquired by Moveha, Inc) at Zuable, LLC from November 2013 to December 2014 (1 year 2 months) in Greater Philadelphia Area. As the co-founder and CTO of Zuable, I'm on top of engineering (design & build our rental website), highly involved in company decision-making (I came up with the idea originally and sold the company to Moveha, Inc at 2014)Brief Intro:Zuable is a start-up that helps international students to navigate through their overseas rentals in the United States. In December of 2014, Moveha, Inc(https://www.moveha.com/) acquired Zuable and Zuable.com has been permanently closed.engineering Manager at Lime from January 2019 to March 2020 (1 year 3 months) in San Francisco Bay Area. Engineering Manager on Rider Eng Team. Senior Software Engineer at Lime from November 2018 to January 2019 (3 months) in San Francisco Bay Area. . Software Engineer I at Uber from February 2016 to February 2017 (1 year 1 month) in San Francisco Bay Area. - Built facial recognition product: FaceID. FaceID greatly reduced the fraud rate(from an outstanding NO.1 figure in the world to way less than the world average in two months) and raised background check bar to a new level. We received press coverage from 40+ Chinese media and many English media.- Built performance tracking web application(React.js). This web app manages the top 20% drivers in China, contributes 60%+ trips in total. Senior Engineering Manager at Lime from March 2020 to July 2020 (5 months) in San Francisco Bay Area. Working on leveling up rider experience and payment engineering at Lime. Head of Rider Engineering at Lime in San Francisco Bay Area. Working with talented engineers on the rider mobile team, rider core experience team, payments team, and growth team at Lime. Software Engineer II at Uber from March 2017

When Hao Min graduated from University of Pennsylvania in 2014, she had a Master's degree in Computer & Information Technology and a Bachelor's degree in Mechanical Design. Hao Min also completed a one-year Master's degree in Automation & Maintenance from Huazhong University of Science and Technology, which she graduated with honors in 2008. Based on her qualifications and experience, Hao Min is well prepared to take up a career in the industrial automation and maintenance industry. The degree and experience she possesses make her anessential asset for the modern automation and maintenance industry, and she is eagerly poised to contribute to this growing industry.

Hao Min has a long history of experience in software engineering, having worked on a range of different projects before moving to ride engineering specifically. She has a strong understanding of how to design and build software products, and her ability to identify and solve problems quickly and efficiently is vital to her role at LimeHao Min.As Head of Rider Engineering at LimeHao Min, Hao Min was responsible for building the rider experience and payment engineering for the company. She worked with a range of engineers to help design and build the product, and her expertise inTalent management and R&D is essential to the team's success.In her previous role at Uber, Hao Min was responsible for building a facial recognition product and building an intelligent pricing product. These products have had a large impact on the company's fraud rate and acceptance rate, and her team's experience in product decision making is key to their success.

There's 79% chance that Hao Min is seeking for new opportunities

We’re buying and selling across the country - ask me about Opendoor! at VTS, Inc.

WebApp PenTester ● MSIA PENTEST SME, CEH, CNDA, SEC+, NET+ (DO NOT USE MY PROFILE TO MARKET OR TO SELL YOUR PRODUCT) at Superlative Technologies

Our People Are Everything at Aerotek