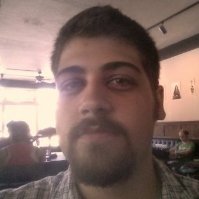 I want to build software that works forever.

I want to build software that works forever.

Looking for a different Hank Donnay?