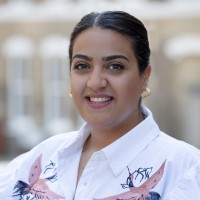 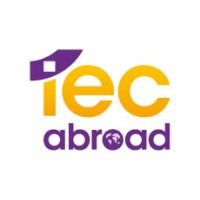 Royal Borough of Kensington and Chelsea

Not the Hadil Elagami you were
looking for?

What company does Hadil Elagami work for?

Hadil Elagami works for The PIE

What is Hadil Elagami's role at The PIE?

What is Hadil Elagami's Phone Number?

What industry does Hadil Elagami work in?

Hadil El-agami has been working in the pro-fessional field for more than five years now. He has worked as a Recruitment Manager, Deputy Operations Manager, and even a Business Administration Officer for companies such as IECAbroad Ltd, Royal Borough of Kensington and Chelsea, and The PIE Exec Search. Most recently, he was a Global Account Director at The PIE. Hadil El-agami is skilled in both Microsoft Office and Excel. He is also experienced in customer service, English, Windows, Research, Outlook, teaching, brand building and identity, networking, andNegotiation, project planning, and project management. Additionally, he has a lack of experience in Project Planning, Project Management, and Marketing Communications. However, his experience with Intercultural Communication and Marketing will be helpful in these fields. Hadil El-agami is confirmed as a Recruitment Manager at The PIE and will start work on January 3, 2017.

Hadil El-agami's Professional experiences:Hadil El-agami has over 10 years of professional experience as a Recruitment Manager and International Education Consultant. from November 2012 to July 2014, he was a Business Administration Officer at Royal Borough of Kensington and Chelsea. from June 2012 to August 2013, he was a Global Account Director at The PIE ExecSearch. He has also experience in Microsoft Office, PowerPoint, Excel, Word, and Customer Service. Hadil El-agami has a degree in Business Administration from Manchester Metropolitan University.

There's 91% chance that Hadil Elagami is seeking for new opportunities

Head of Digital Payments at HSBC

🇫🇲🇺🇸 Remote, Europe Sales Lead "we are hiring!" at Ava